Home
Blog
A List Of The Top RV Brands To Avoid

Purchasing an RV can be a big expense, so the last thing that you want to do is purchase one that has a lot of issues. Most new RVs are going to offer top-of-the-line amenities, but sometimes you can run across a brand that does not stand up to the quality that you are looking for in an RV.

To help avoid this issue, you should try to stick to the major RV brands when making a purchase, but sometimes these fall short as well, which is why I created this guide to help you figure out which RV brands to avoid as you search for a new RV.

Buyers Beware: A List Of The Top RV Brands To Avoid

Top RV Brands You Should Avoid

Fleetwood is a brand that was well-known in the RV industry for over 65 years, so you may be surprised to see such a mainstream brand on this list. However, it seems that their quality has drastically gone down in the past few years to increase the amount of RVs that they are producing.

Many of the owners of Fleetwood RVs have noticed that the quality of the interior is not as great as it once was. The seats peel and deteriorate much faster than they should. This means that if you plan on using the RV for more than just a few years, you will notice that that the interior will seem to age much quicker than other RV brands.

In addition to this, the battery of the Fleetwood models has been known to simply not recharge, which means that when you go camping, you could end up stranded without a charge when you are ready to leave the camping area.

There have also been issues with the black water tank leaking after only a few camping trips with the newer models. When Fleetwood was contacted about the issues that customers have been having with their RV’s the company was less than responsive in most situations.

Winnebago is a brand that has been around for quite some time. You can get high-quality craftsmanship in some of the RVs that they manufacture, but the issue is that the quality cannot be found in every RV that they produce.

When quantity is prioritized over the quality of the RVs being manufactured, it is like rolling the dice and hoping that you get a good roll.

Part of the reason for the drop in quality may be that the company was overwhelmed with clients, but that is also what has made them a brand that you are better off avoiding when you purchase a new RV.

There have been reports from the buyers of wall panels bending during their RV trips. There are also several issues with leaks that can be found in the different Winnebago models.

For example, you can find the vents leaking in some of the RVs as well as leaks in the sinks and the shower in other models.

Winnebago owners have had issues with the lighting system suddenly failing, things not being attached properly inside of the RV, the stairs not working properly, and the paint chipping.

When a Winnebago customer calls customer service to address the issues, the result is often unsatisfactory. In addition, leaving a message or an email with the company will not necessarily get you a response.

The next brand that you will most likely want to avoid is Coachmen. They have been around since 1964, and they have a wide range of RVs in their lineup.

Unfortunately, one of the biggest complaints about this brand is that the workmanship is not as high quality as it should be.

The slides and the drawers inside the RV are flimsy, which means that they will not hold much weight. When Coachmen was contacted about the slide issues, they simply said that it is a normal problem that occurs with their RVs.

Leaks are also an issue in these RVs, especially around the vent. The shower and the sinks in some models have been reported to leak as well. Since the leaks seem to happen frequently, the more it rains, the more damage your floor can get.

On top of all of that, there has been a recall for several Coachmen RVs that had a refrigerator upgrade installed at the time of purchase. Apparently, when they changed the wiring from the standard model to the residential one, they left the wiring in the RV with the ends of the wires exposed.

Gulfstream is another brand that you may want to avoid when looking for a new RV to purchase. Individuals who have purchased from this brand have noted that the workmanship of the interior is shoddy, to say the least.

The interior and exterior screws can be seen loosening after driving a short distance, and the linoleum that is in the RV is a very thin material that tends to crack and become damaged during travel.

There have been reports of the heater and refrigerator simply ceasing to operate, and the backup generator does not seem to function.

The lights just stop working, and the electrical system is faulty, but this could be because of the leaks that tend to occur in models manufactured from this brand.

The leaks are caused by small holes in the roof that were designed to install the lighting. However, when it rains, the water accumulates in the ceiling, causing water to flow from the ceiling, down the walls, and to the floor. These leaks cause rust, mold, and rot to form, which will deteriorate the quality of the entire RV.

When Gulfstream was contacted about fixing the issues, they attempted to charge the customers more instead of standing behind the warranty. In addition, some locations that do RV repairs tend to refuse to work on Gulfstream RVs.

This is not a well-known RV brand, and there is a good reason for that. Those who do own an RV manufactured by Hurricane have had to deal with a number of issues, which makes it one of the top brands to avoid.

Firstly, one of the main concerns is that brand new RVs are not all made with new parts, which lowers the quality right away. In addition, the RVs tend to leak, which can cause rust and structural damage to already rusted, used parts.

There have also been quite a few recalls on this brand over the years. Here are a few to take note of:

As you can see through the various customer complaints, recalls, and overall displeasure with these brands, they are not the best options to purchase. No one wants to spend six figures on an RV only to find out that they purchased a lemon.

Did you enjoy my list? Are there any RV brands that I forgot? Feel free to comment below, and don’t forget to share this post so that new RV enthusiasts can know to avoid these brands. 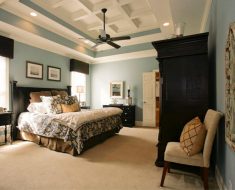 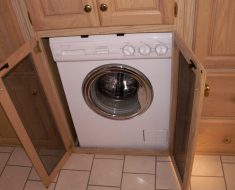 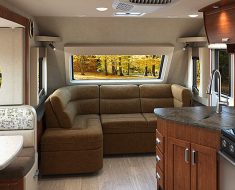 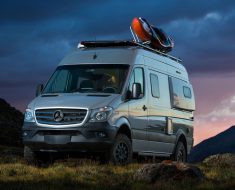 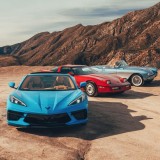